From Seven Hills, Ohio to America

We all grew to adore him as the 3rd person talking, colorful mohawked designer extraordinaire from Project Runway Season 5. But since his memorable run on the show & an equally memorable appearance as the fan favorite on Project Runway All-Stars, season 2, he has built quite the empire for himself.

With the launch of a successful SUEDEsays™ collection of whimsically printed fabrics & range of patterns for home sewing, SUEDE found himself on the shelves of thousands of retailers across the country. He had seamlessly (pun intended!) transitioned from reality star to a sought after brand. He found himself the toast of the fashion world & the world seemed ready to celebrate along with him.

SUEDE was inducted into the Kent State University School of Fashion Hall of Fame, where he joins the likes of some of the most legendary names in the world of fashion.

His life was put on hold, however, when his mother fell ill & SUEDE moved back to Ohio to care for her. There was no other decision in his mind… His mother meant the world to him.

While in Ohio, he found a new passion… Real Estate. He got his license & immediately began selling & selling & selling with Keller Williams Elevate agency.  Now, he’s one of the leading agents in the state of Ohio where he’s already sold multi-millions of dollars in only a short time in the business & has a sales rate making him the envy of many of his peers. It seems home buyers like his designer approach to the business whereby SUEDE helps them envision the potential in the home they are considering.

His latest honor is his induction into the Seven Hills Hall of Fame in his native Seven Hills, Ohio.

For more information on SUEDE, SUEDEsays™ or to have your item featured on VERY Curated, please reach out to us at: 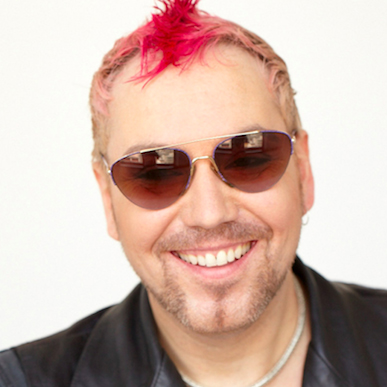 Back to VERY Curated