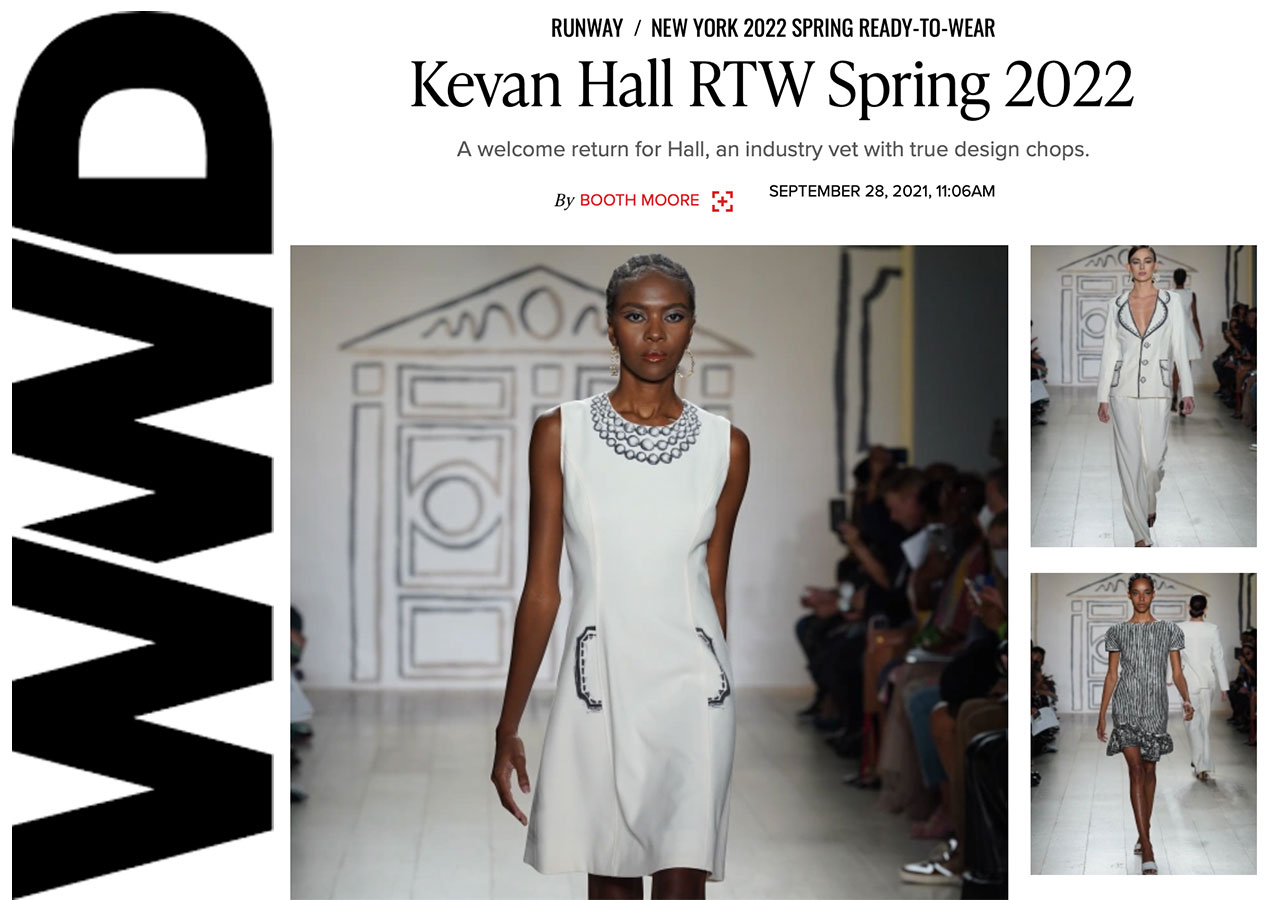 Legendary fashion reporter Booth Moore did an incredible write-up on legendary fashion designer & VERY New York public relations client Kevan Hall in WWD following his triumphant return to the runways of NYFW after a 20+ year hiatus.  In the feature, she referred to his return as a “welcome return” & refers to Hall has having “true design chops”!  Thank you Booth & by the way… we agree!

The collection was shown in a packed room (rare these days) at the new NYFW on Fifth venue on Fifth Avenue @ 49th Street to an audience that was as legendary as the one showing!  In the audience was designers Byron Lars, EPPERSON & Sergio Hudson, journalists (too many to name) including Harriett Cole, Teri Agins, Tom Julian, Constance White, CFDA CEO Steven Kolb & President CaSandra Diggs, influencers Chris Lavish, Belle Bakst & Caroline Vazzana, & literally 100’s of others who turned out to show Kevan some much deserved support. It truly was a testament to the admiration so many feel for Mr. Hall’s work & a sign that NYFW is still alive & well, if the designer has something to say & show…

Ms. Moore closed her story on an upbeat tone:  “And he (Hall) already has big plans for next year, when he plans to launch home accessories and his own Made in Italy belts, handbags and shoes, and show in New York again in February.”  We hope VERY New York gets the opportunity to play a role in some or all of those plans!

Congrats Kevan & thanks a million Booth!

Toby Noiles is an Authority