The Resurrection of Fashion: Chuks Collins 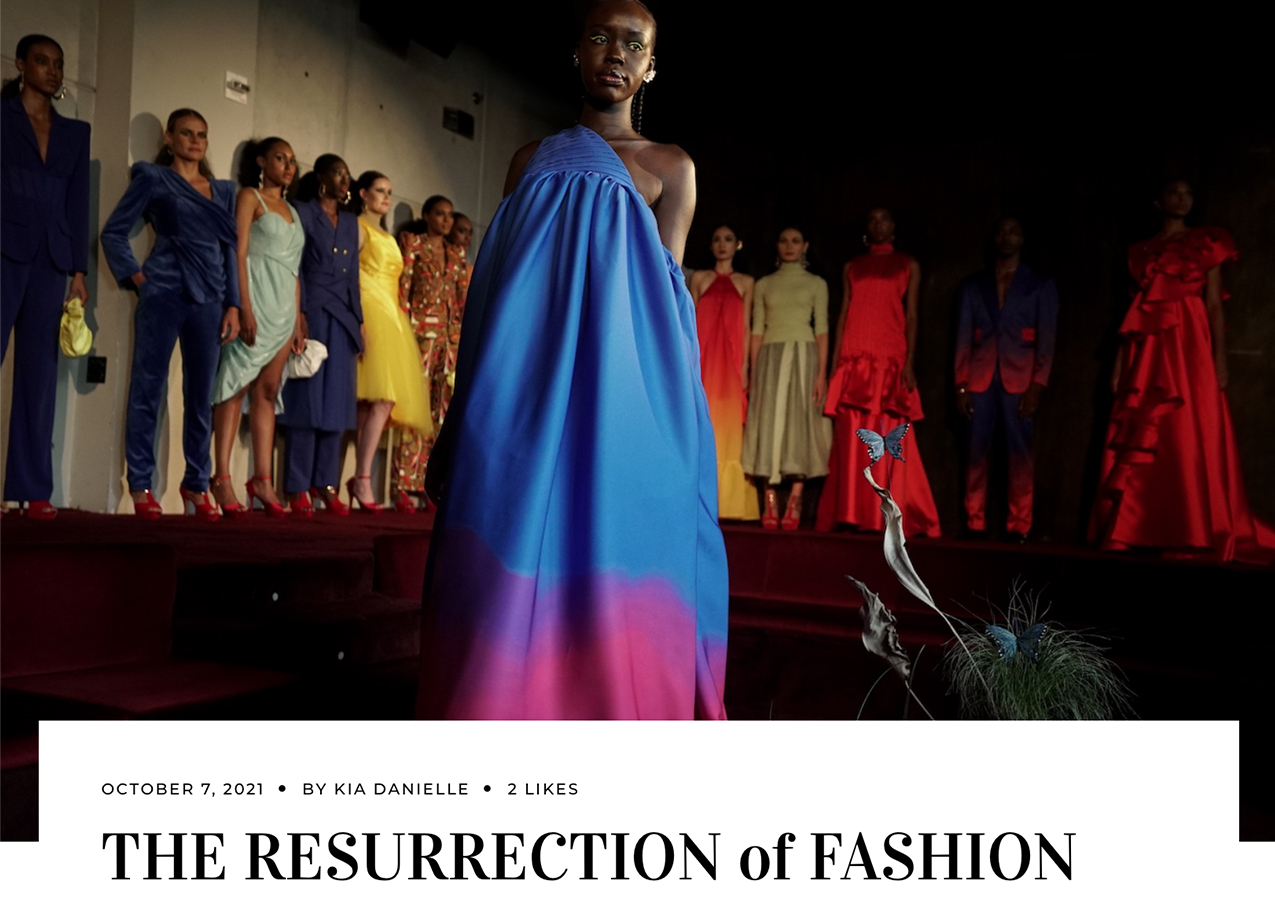 On September 12th, 2021, designer Chuks Collins had his NYFW solo debut of his namesake collection at the “Sunken Living Room” at the downtown home of NYFW, Spring Studios. VERY New York public relations loves a challenge & this collection definitely presented one… 50+ looks in a room designed to hold 75 total people for a show that had the fashion insiders scrambling for a ticket… not an easy feat to say the least. Regardless of the constraints, the show was a stunner & the collection was met with rave reviews all around.

Le Face Magazine was no exception & ran a phenomenal feature story on the collection in their October issue.  You can read the full story at this link.

Chuks Collins is a true star on the rise & is a name to watch for certain. He showed his Chuks Collins collection on the 12th, but that was 2 days after he debuted his TASOU collection uptown at NYFW X Fifth @ 49th Street. Many designers have trouble handling one show… Chuks make two look like a breeze!

We were so proud to be a part of both shows. Learn more on Chuks at the following link:  www.chukscollins.com

Feeling ambitious?  Check out TASOU (The Athletic Side of Us), Chuks’ other collection at this link:  www.theathleticsideofus.com

Helping Saving The Planet Can Be As Easy As This…