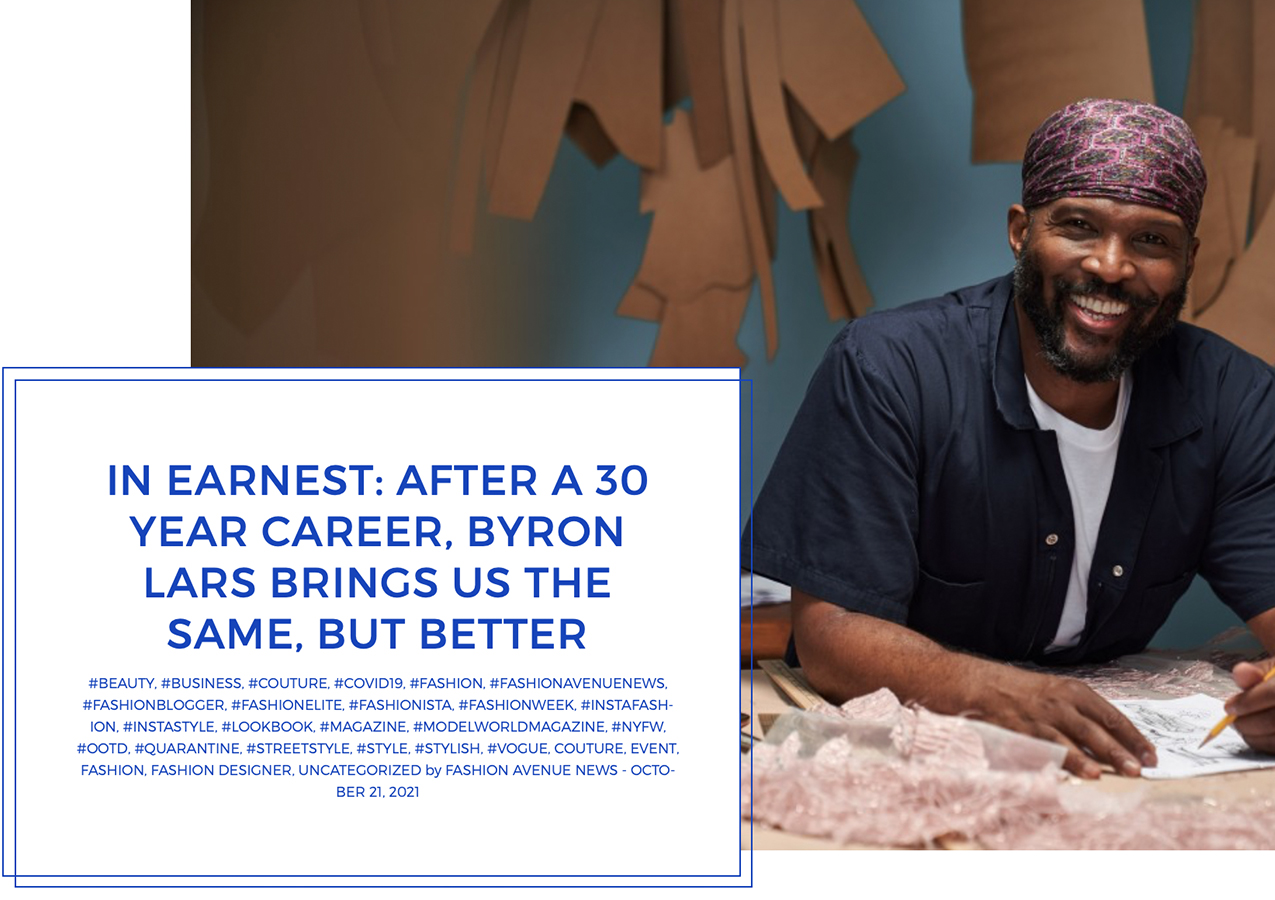 VERY New York public relations’ client Bryon Lars has many, many, many things to celebrate.  The iconic designer has a list of accomplishments that puts even the most seasoned designers in their place – Byron has almost 2o Barbie Dolls to his credit, a single SKU that has been a best seller at Anthropologie for over a decade, a celebrity client list that reads like the Hollywood phone book… & now a 30th Anniversary celebration!

Bravo Byron!  Bravo too to his business partner, accessories designer Sheila Gray, who has been by his side for every stitch of success.  Both deserve all the accolades that come their way.

Fashion Avenue News is one of several publications that is celebrating Byron & Sheila’s 3oth anniversary.  Check out their tribute article at this link.

We couldn’t be more thrilled to call Byron (& Sheila) clients.  Bravo to both & here’s a toast to the ncxt 30+ to come!

The Essence of Sky Wellness