Joey deVilla Got His Wish… With 3Wishes 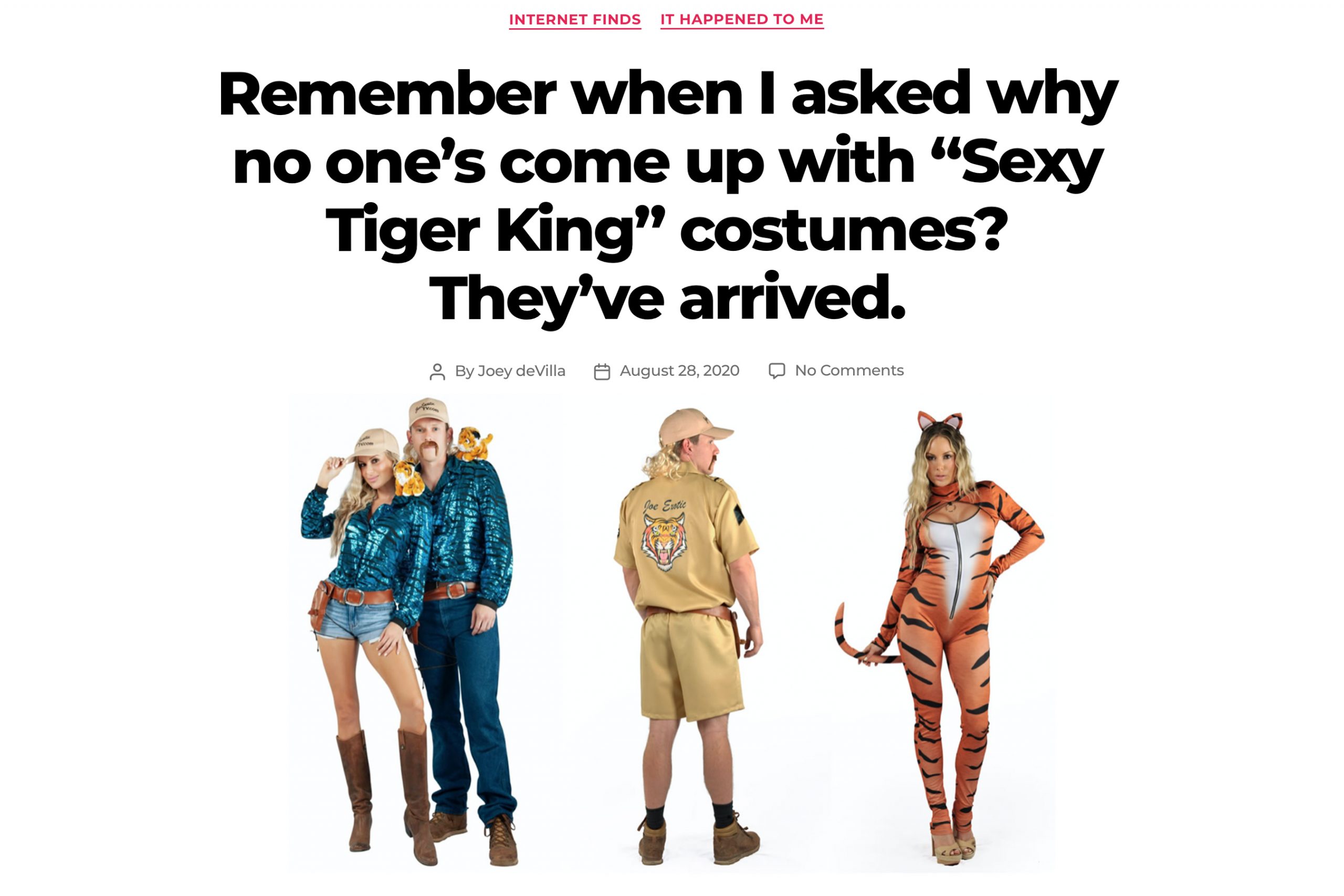 Joey asked the question “why no one’s come up with “Sexy Tiger King” costumes?” a while back in his blog, “The Adventures of Accordion Guy in the 21st Century“. The Tiger King, or as he’s “properly” known, Joe Exotic, the gun toting, flamboyantly gay, big cat tamer turned Gubernatorial candidate from the middle of Oklahoma, was the sensation of the Netflix set as the pandemic began. We won’t share what is up with Mr. Exotic now, as that would be a spoiler of the 7 part Netflix mini-series that honestly is a must-see; however, let us make a prediction… Joe Exotic will indeed be THE role to play this Halloween & 3Wishes.com is the only place to find the officially licensed versions of Joe Exotic & Tiger King costumes.

Get your own Joe Exotic costumes at this link… hurry… before they sell out!