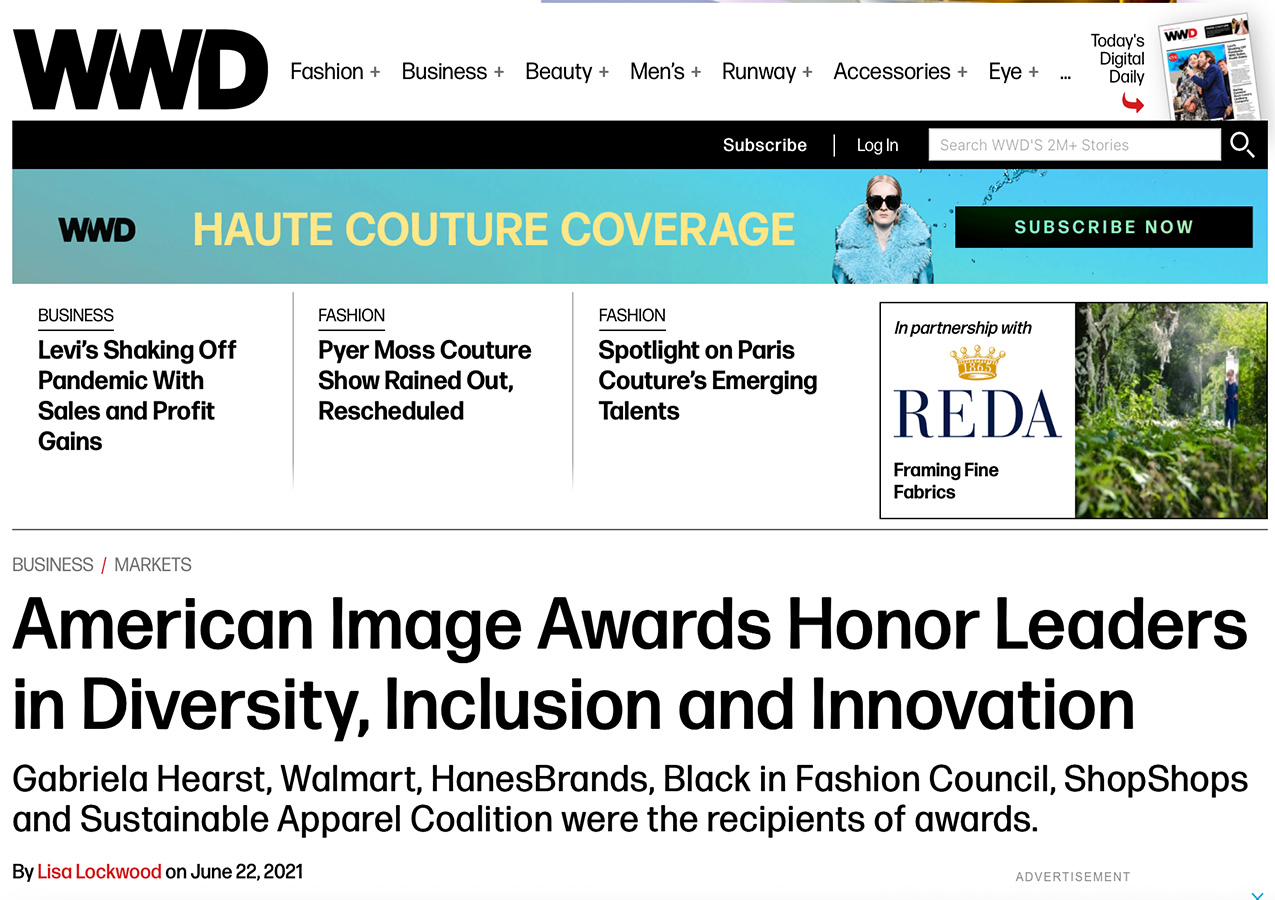 WWD’s Lisa Lockwood reviewed the 2021 American Image Awards, which is owned by the American Apparel & Footwear Association (AAFA), as a fundraiser for the Council of Fashion Designers of America (CFDA). Lisa was also the reporter who broke the story of the honoree slate way back in March when the slate was announced. The event honors 6 companies & individuals who are doing amazing things in one of 6 possible categories.

The slate for the year read like a who’s who of the top tier of the fashion industry.  See below list are the honoree who were celebrated for doing great work in the previous year in 6 different  categories.

Designer of the Year: Gabriela Hearst

Company of the Year: HanesBrands

Retail Innovator of the Year: Walmart

Eco-Steward of the Year: The Sustainable Apparel Coalition

Digital Entrepreneur of the Year: ShopShops

This year’s celebrity host was Segun Oduolowu, the host of The List TV show

For the 2nd year in a row, the American Image Awards was held virtually.  However, the 2022 edition will be once again live & is scheduled for next April in NYCity in the iconic ballroom at The Plaza Hotel. Hope we are fortunate enough to once again produce the event!  If we are, you’ll hear the screams of joy!  Stay tuned…