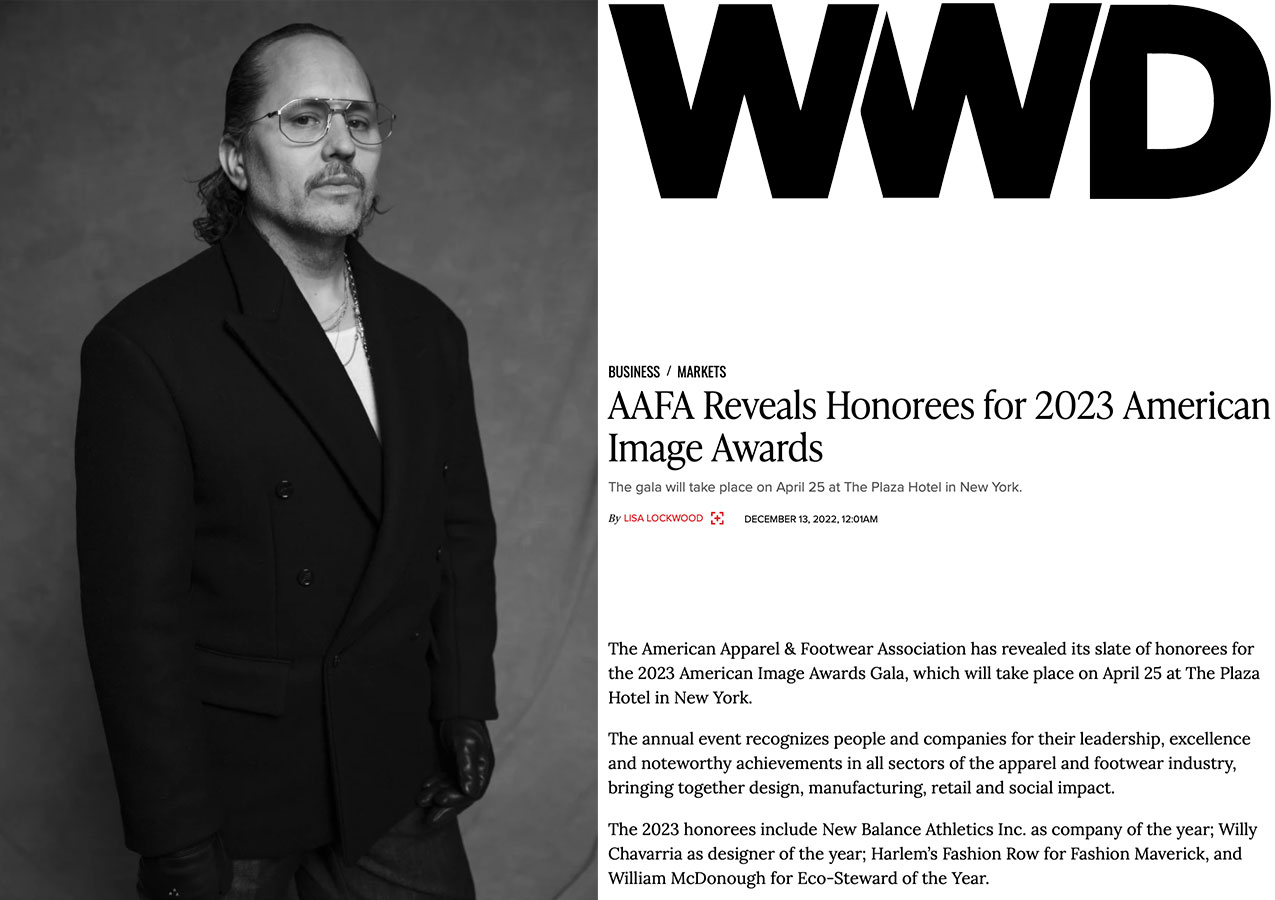 As if that weren’t fortune enough for us, we are also lucky enough to work with WWD each year to have their readers be the first to learn the slate of honorees when WWD breaks the exclusive story. This year’s honoree slate includes New Balance as Company of the Year, Harlem’s Fashion Row as Fashion Maverick, William McDonough who is being honored as the Eco-Steward of the Year, & white hot design force Willy Chavarria, who will be accepting the Designer of the Year honor.

The event is taking place on April 25th, 2023 at The Plaza Hotel in New York City & is set to have the CFDA (Council of Fashion Designers of America) be the charitable benefactor of a substantial portion of the event’s proceeds. Want to attend?  You can find information about sponsorship & tickets sales at this link.

Hope to see you there…