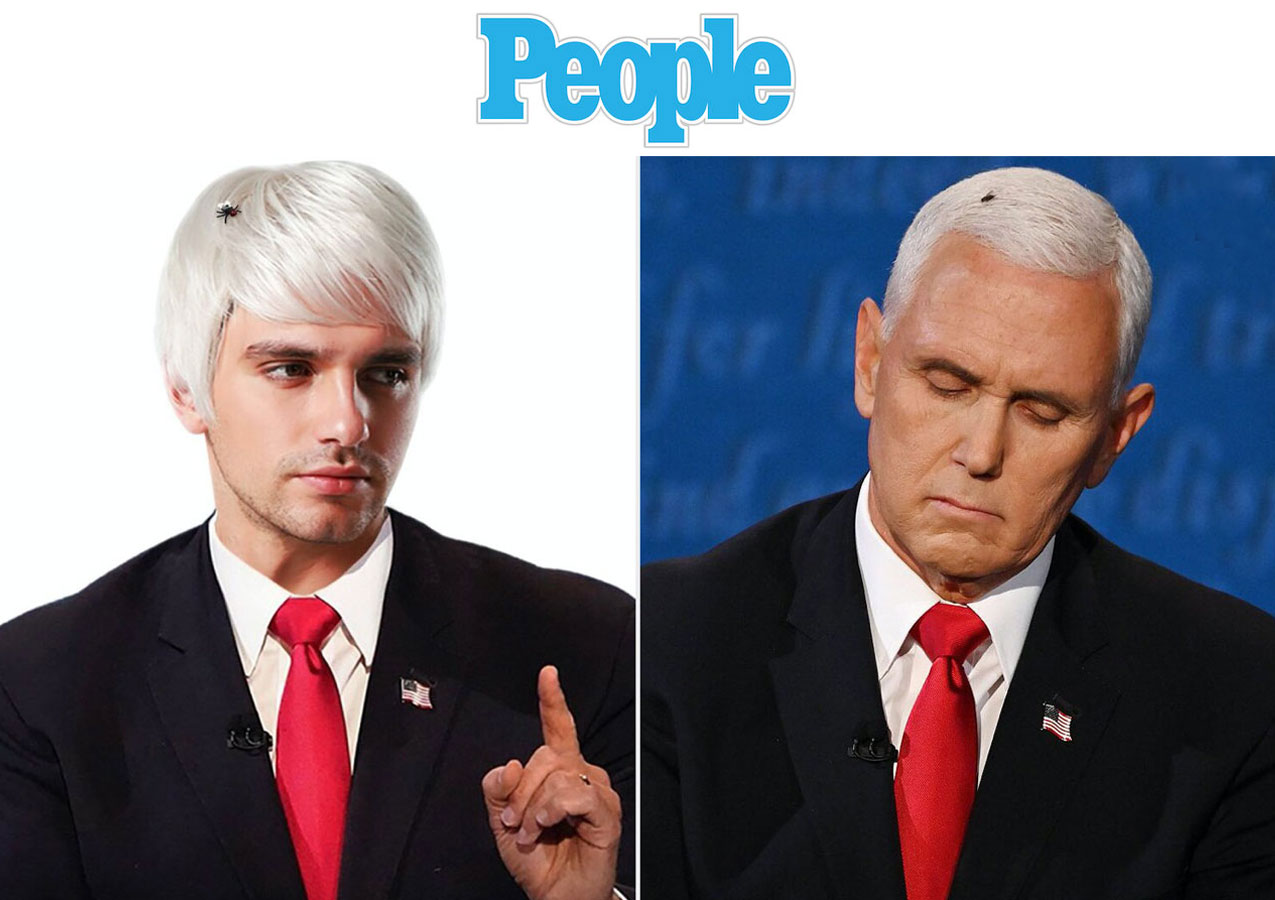 America’s favorite magazine, PEOPLE, covered VERY New York Public Relations client 3Wishes’ “Debate Fly Wig” that the company got out only 11 hours after the most famous fly in the world made its appearance on the head of Mike Pence during the Vice Presidential Debate on Wednesday night.  The fly, who’s name is still not released, sent all the world a flutter when it decided to light on the VP’s bright white locks.  3Wishes took notice & immediately went to work creating the wig for all of America to adore.

The “Debate Fly Wig” can be yours by visiting the 3Wishes.com site at this link.

If you aren’t content making such a buzzy statement at Halloween this year, worry not, you’ve still found your home, as 3Wishes literally has 100’s & 1oo’s of other options available.  Not shopping for Halloween?  Worry not! 3Wishes also has 100’s & 100’s of lingerie, holiday party dresses & swim options for sale too.