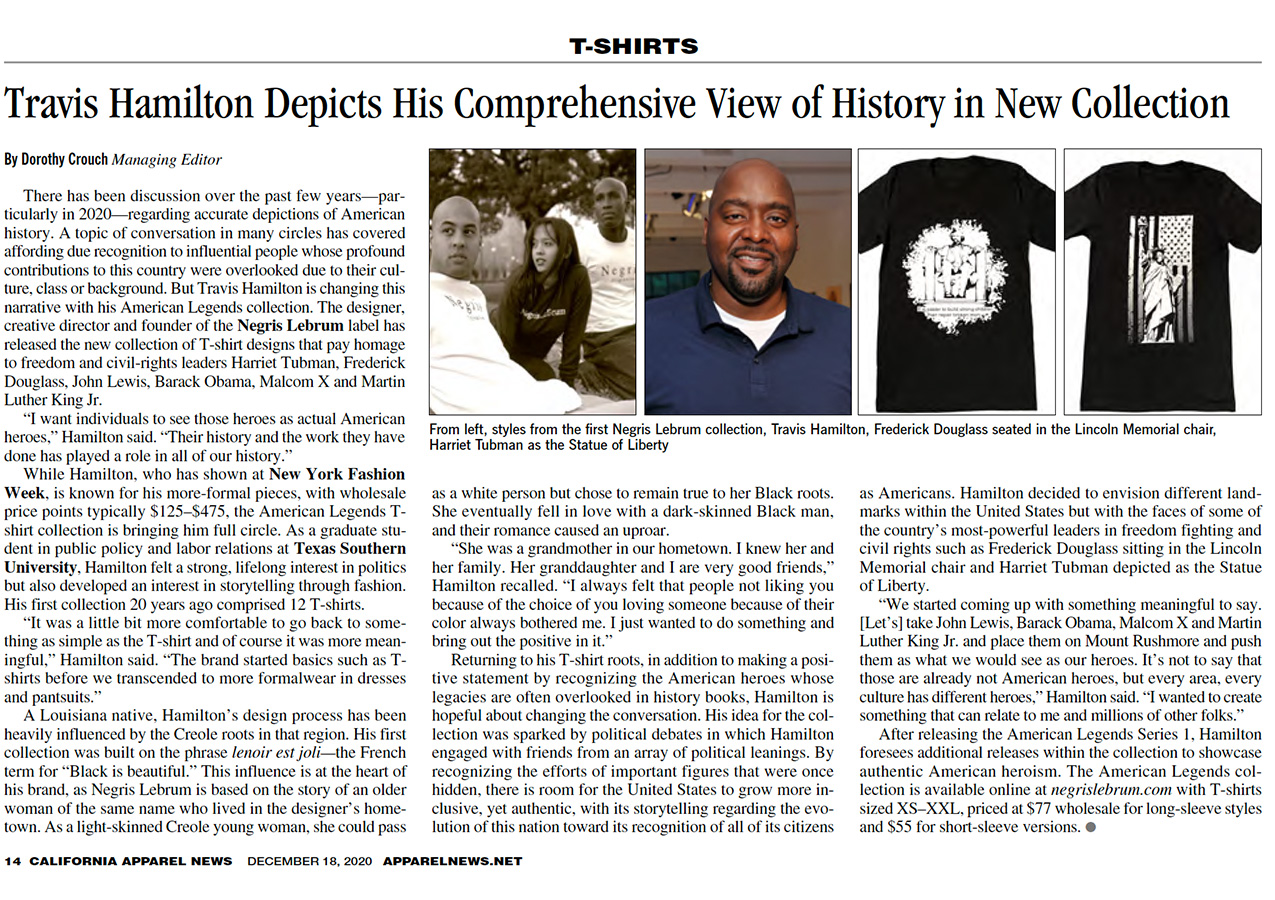 California Apparel News, the official trade publication of the West Coast Garment Center, printed their recent story from their website, “Travis Hamilton Depicts His Comprehensive View of History in New Collection” in their print issue.  It’s the first time we’ve scored that honor & we couldn’t have chosen a more deserving piece than this one.  Houston, TX based Negris LeBrum was founded on a collection of t-shirts that were inspired by some early pieces by design legend Kenneth Cole.

Each is available as either long sleeve or short sleeve versions & can be found on the Negris LeBrum website at this link.

Rumor has it the a second installment in the series is being designed… stay tuned for details.